Learn more about the adoption and growth of Skyline use for targeted proteomics around the world. 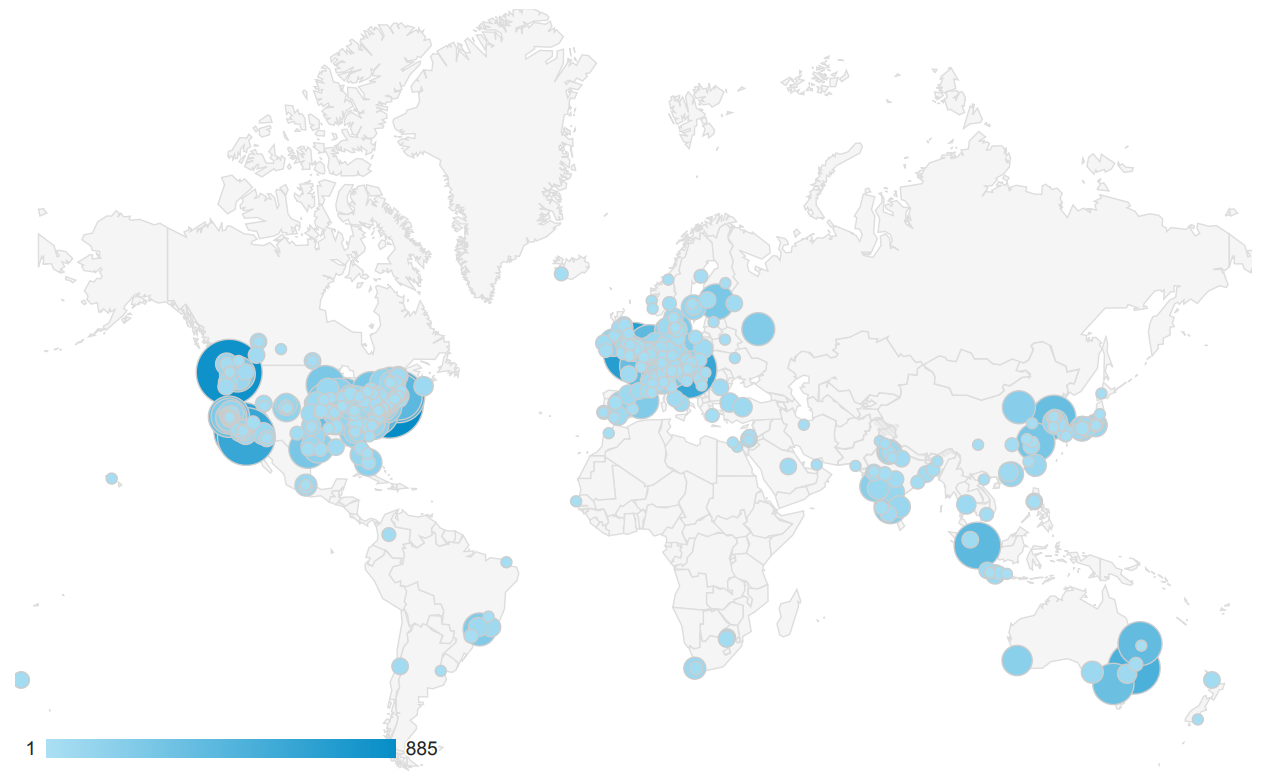 There have been over 155,000 new installations of Skyline since it was first publicly released at ASMS 2009, with 1180 installations on average each month over the past 6 months. 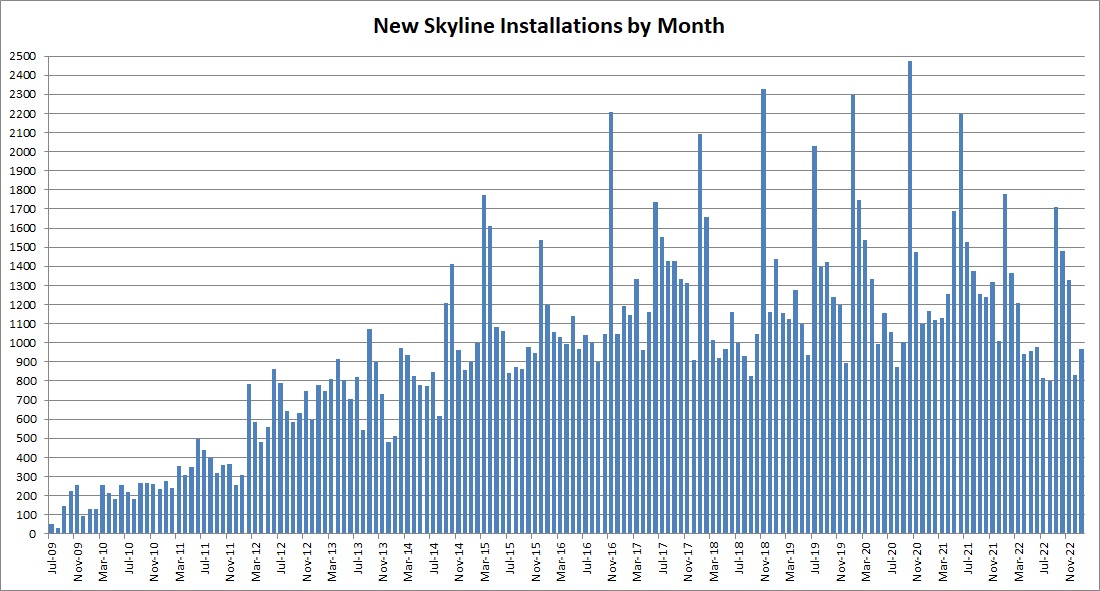 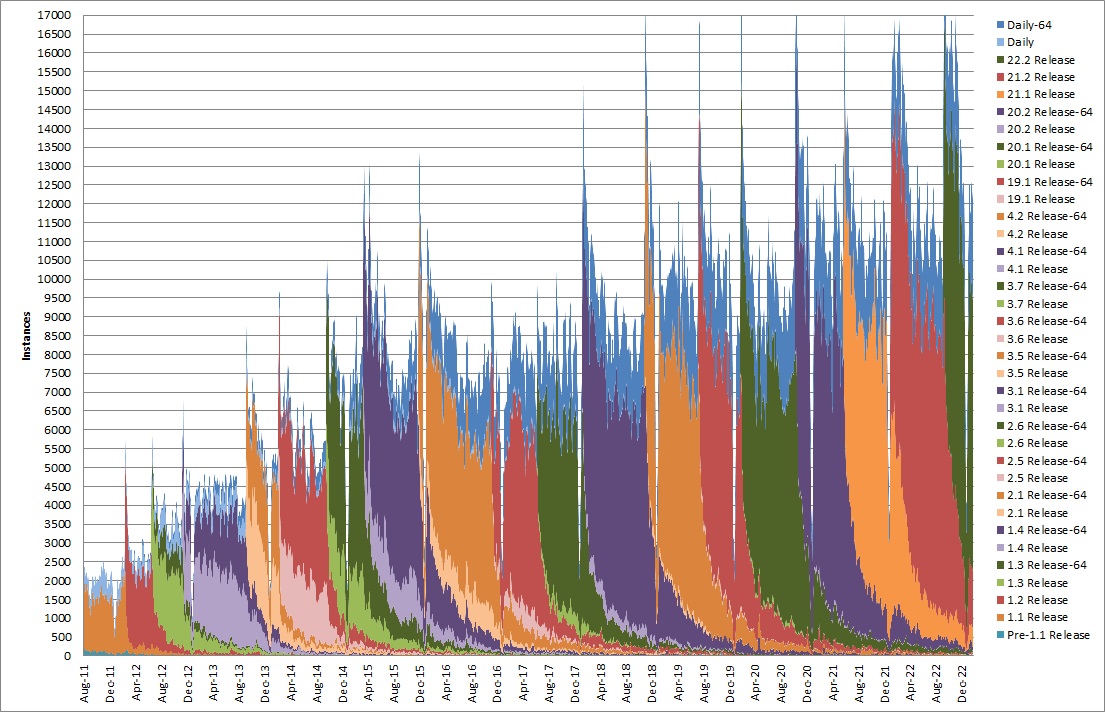