Learn more about creating and testing advanced models for matching target peptides with chromatogram peaks in Skyline. With the 2.5 release, Skyline now supports creating linear combinations of individual peak scores using the mProphet semi-supervised learning algorithm.  In this tutorial, you will learn to generate decoy peptides and transitions, create and assess mProphet scoring models, and apply them to Skyline chromatogram peak picking, both for SRM and DIA/SWATH data.  You will learn about mProphet assigned q values (adjusted p values, based on FDR) and how you can associate them with your picked peaks and export them in a custom report. (28 pages) 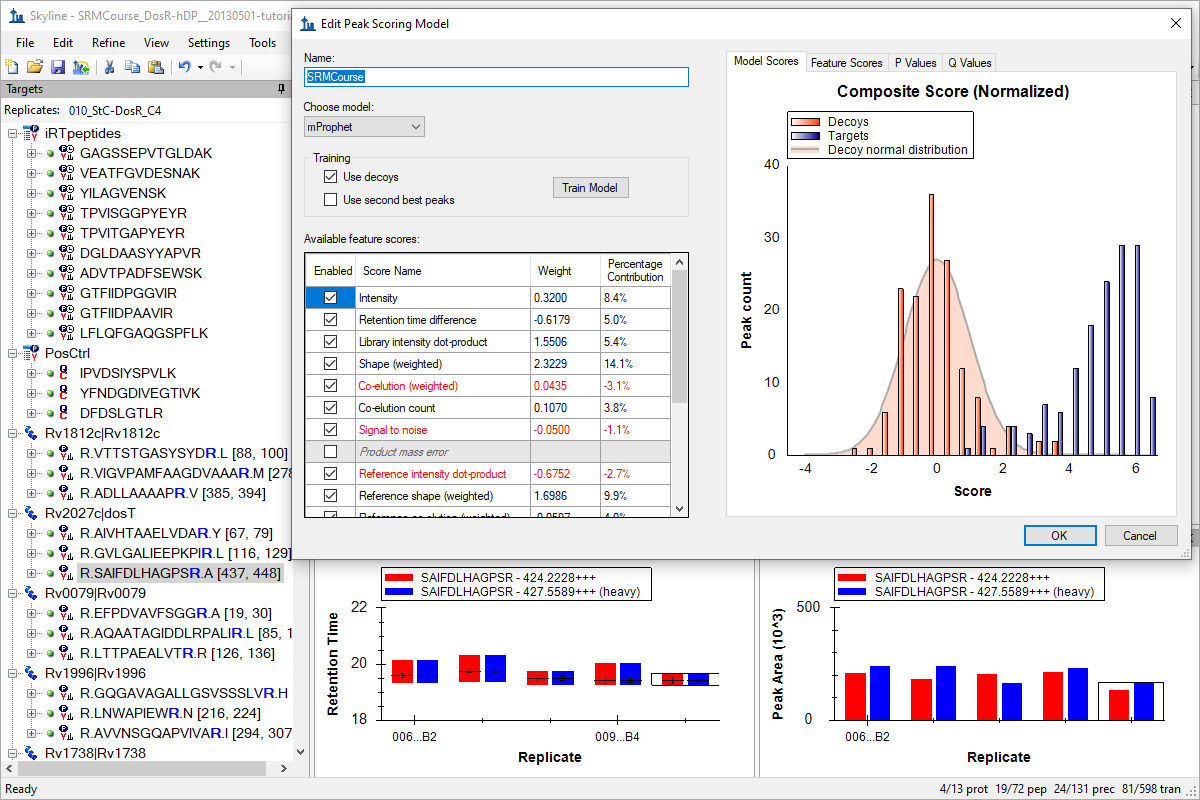 You can also watch the DIA/SWATH Course presentation videos which include larger scale hands-on examples.