Skyline allows you to compare chromatograms of different peptides by selecting them in the Targets  panel shown by default on the left side of the Skyline window.

For example, to see all the peptides belonging to a particular protein, click on the protein name in the Targets panel: 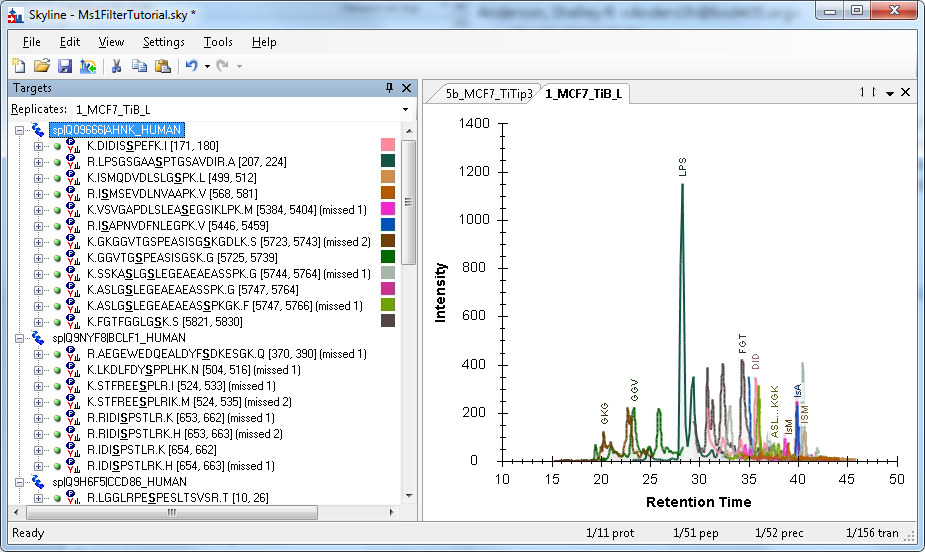 Skyline generates a color for each peptide based on the peptide sequence and modifications.  This provides a quick way to identify the matching chromatogram in the graph.  A peptide will always have the same color, even in different Skyline documents, unless there is another peptide within the same protein that generates the same color.  That doesn’t happen too often, but when it does, Skyline picks one of the conflicting peptides and assigns it a new color that is easier to differentiate. 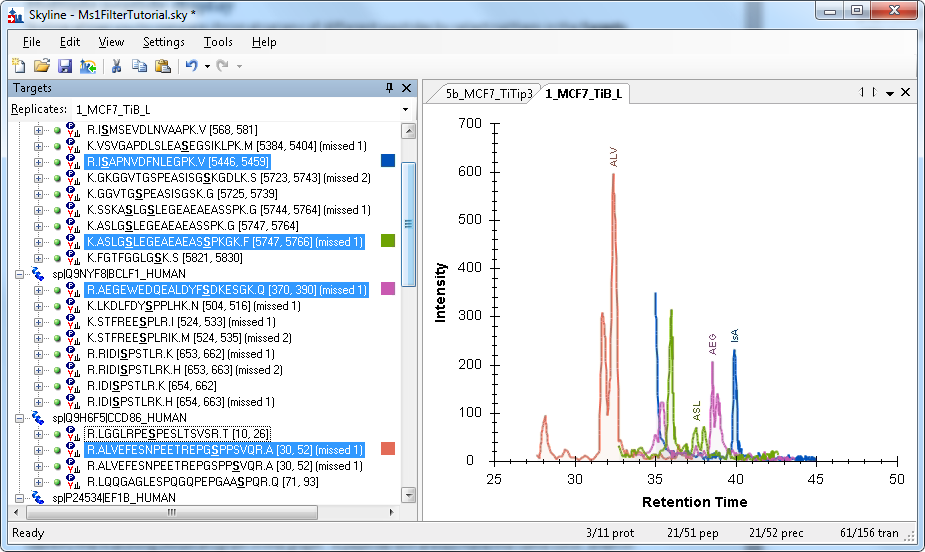 To see every peptide in the document graphed, click somewhere in the Targets panel to transfer focus there, then type CTRL-A (or choose Select All from the Edit menu): 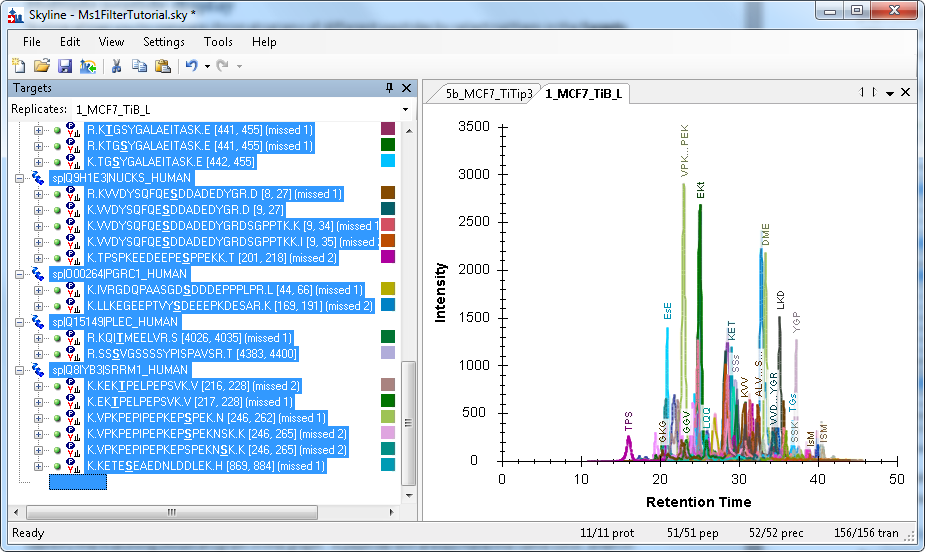 Note that this can take some time to display if your document contains a large number of peptides.

Displaying all the peptides will produce a graph that looks similar to the progress displayed during data import: 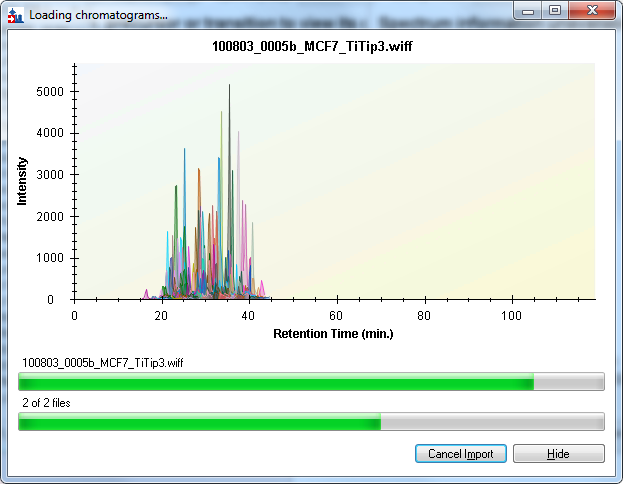 But you can see differences between this graph and the one above.  Peptide colors will usually match, but occasionally they don’t if a different color is needed to disambiguate two peptides in the same protein.  Peak values can also differ, because different summation criteria are used during import than later when more processing has been done on the raw data.